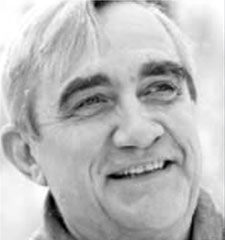 Charles Baker Keefe, 69, of New York City, died on Sept. 8 of prostate cancer. He was a graduate of Phillips Academy and Yale University, where he sang with the Baker’s Dozen, Yale Russian Chorus, and the Whiffenpoofs of 1975. A Columbia Law School graduate, he was a partner at Webster & Sheffield, Mudge Rose Gutherie Alexander & Ferdon, and Coudert Brothers. From 1998 to 2003, he was the managing partner of Coudert’s Moscow office. At retirement, he was a partner at Bryant Rabbino in New York. He loved music, history, languages, poetry, crosswords. His family and friends admired his wit, empathy, and courage. He is survived by his wife of 32 years, Lila Locksley; his sons, Thomas and James of New York; and his father, Thomas, and father’s wife, Susan, of Houston. His mother, Freya, and sister Jenifer predeceased him.